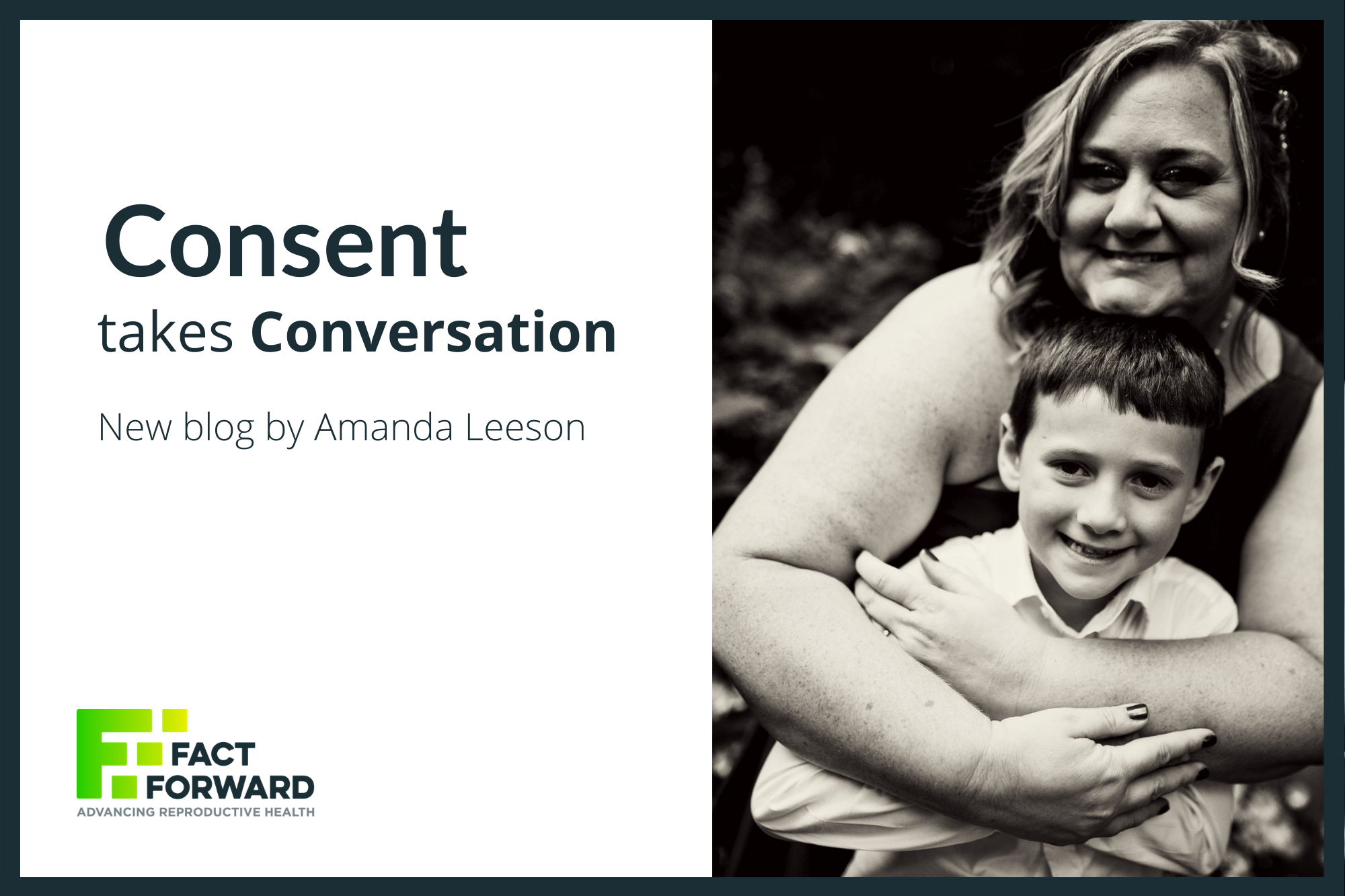 I have an important announcement for parents, guardians and trusted adults -- you can never start discussing the concept of respecting others’ bodies and wishes too early. This proved to be true when my then-eight-year-old son told me a story about his time at school I didn’t see coming.

Picture it -- recess time at a South Carolina elementary school full of bright futures. It’s February 2019. Valentine's Day had come and gone but the love between my son and his new “girlfriend” had just begun to blossom. I remember the conversation as if it were yesterday...

My son: “You’ll never guess what me and [girlfriend’s name] talked about today at recess.”

Me: “What did you talk about?”

My son: “I asked her on a scale of one to ten how much she wanted to kiss me!”

Me: *silently paused so I could panic internally and check my face and tone*

I was so surprised. My bright, handsome, athletic, and funny 3rd grader was just born yesterday. He’s still a “mommas’ boy.” How could he be kissing already?!

Me: “Well, you know what buddy, I’m glad you are asking for her consent. That’s great that you are respecting her wishes and letting her know that you care about her!”

Yes! This conversation just… happened. I didn’t sit him down for some big talk about consent or boundaries. We were in the kitchen and I was fixing him an afterschool snack when the opportunity presented itself. This is how it happens.

Since I began working at Fact Forward in 2016, I have learned a lot about how important it is for parents, guardians and trusted adults to normalize conversations with the young people in their lives about sex, relationships, body parts and respect for self and others. This doesn’t mean having one daunting conversation, known as The Talk – it means start the conversation early when the opportunity presents itself and keeping it going over the years. The pause before my response was real. Every instinct within me wanted to yell “NO!!! You do not need to be kissing girls! You are too little, and you are my tiny baby child, and no woman will ever be good enough!” But I checked myself and decided to use it as a learning experience and praise the positive behavior.

According to loveisrespect.org, girls and women ages 16-24 experience the highest rate of intimate partner violence (IPV). Shockingly, this rate is almost triple the national average. Even more eye-opening is the fact that violent behavior can begin as young as 12 years old. So, with that information, I figure the conversation with my child was right on-time.

Parents, guardians, and anyone who has a young child in their lives, in addition to naming body parts their correct anatomical names and teaching young children that their body is their own and they do not need to let someone hug them or touch them if it makes them feel uncomfortable, we need to also teach them to respect the boundaries of others. Especially with young boys. I want my son to be a respectful, kind, and loving man but I cannot just expect it to magically happen when he turns 18 and society tells him he is a grown up. I must actually teach it to him, praise him when he shows the behavior, and correct him when he doesn’t.

And, if you are interested to know how their “relationship” is going. His girlfriend has since moved away but she asked him via text a few months ago (Facebook Messenger Kids) if he wanted to be “a thing” again. To which he replied, “Nah, let’s just be friends.” He told me later that he is not ready for a relationship because, and I quote, “I’m only 9.”