Fact Forward (formerly the SC Campaign to Prevent Teen Pregnancy) held its 20th Annual Summer Institute June 4-6, 2019 at the North Charleston Marriott.  More than 200 youth-serving professionals from 11 states were in attendance. In addition to this, 37 of South Carolina’s 46 counties were represented at this year’s Institute. With the theme, Commitment to Keeping Young People Healthy, the conference celebrated South Carolina’s 70% teen birth decrease while emphasizing the need to push for more progress across the state and nation. Especially considering the national landscape regarding funding and effective approaches to reproductive health services, the conference used the theme to highlight the best strategies for sustainability, awareness and education. The keynote speaker was national child advocate, lawyer and television personality, Judge Glenda Hatchett. A dynamic speaker, Judge Hatchett encouraged participants to engage and support our most vulnerable adolescents. National consultant and author, Dr. Elizabeth Schroeder, spoke throughout the conference about male engagement, being inclusive and finally, during the closing keynote, about helping young people navigate media and social influences like pornography. 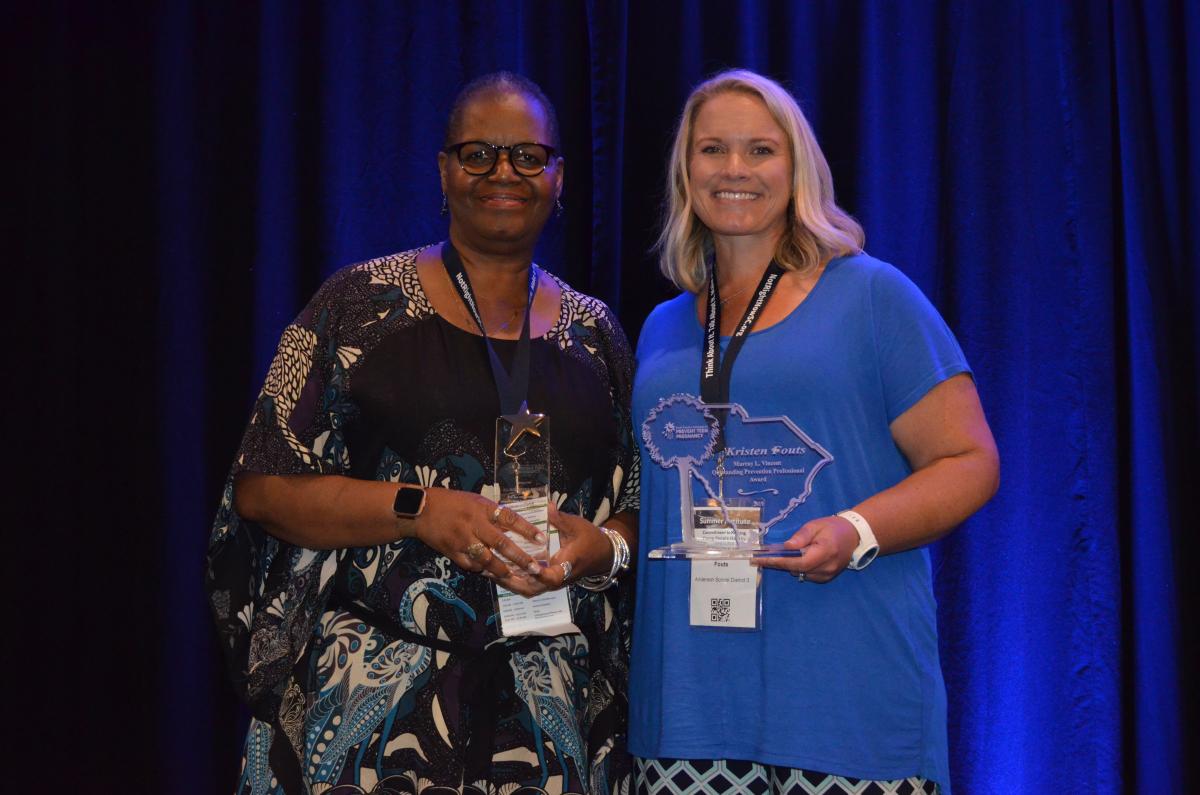 Each year at summer institute we give two awards to dedicated professionals in our field. The Murray L. Vincent Outstanding Prevention Professional Award is the highest and most distinguished award given by Fact Forward. In memory of Dr. Murray Vincent, the award recognizes an individual who has significantly impacted the prevention of adolescent pregnancy in South Carolina while exemplifying the characteristics of the award’s namesake. This year’s winner of the Murray L. Vincent Award is Kristen Fouts, Teen Pregnancy Prevention Program Director in Anderson School District Three. Carol Burdette, former Fact Forward board member and longtime CEO of the United Way of Anderson County, has credited Kristen Fouts as being the "foundation" of Anderson County's Teen Pregnancy Prevention Program. Ms. Burdette stated, "There are very few people in South Carolina that measure up to what Murray Vincent had in mind for teen pregnancy prevention. One of those few people is Kristen Fouts."

A member of our team was also recognized for going above and beyond within and outside of the organization with the Suzan D. Boyd Excellence Award. This year’s winner is Carol Singletary. Her nominator said the following, “[Carol’s] commitment and ability to raise awareness around teen pregnancy prevention across the state of South Carolina is unmatched. Over the last few years [we have] faced an extraordinary amount of uncertainty, yet Ms. Singletary has remained steadfast and focused. She has constantly kept this topic on the minds of non-traditional and political partners throughout the year, including during Let’s Talk Month and Teen Pregnancy Prevention Awareness Month. Another example is her ability to consistently engage 30-50 donors for our signature fundraiser at Pearlz Oyster Bar.  Ms. Singletary is a wealth of untapped knowledge and experience.”

At the end of the closing keynote, Summer Institute 2019 wrapped up by sharing its new name, Fact Forward. The announcement included a video celebrating the organization’s past 25 years of service and the importance of its ongoing commitment to adolescent reproductive health moving forward.

Summer Institute 2020 will be held at the North Charleston Marriott on June 2-4. Registration will open early 2020!